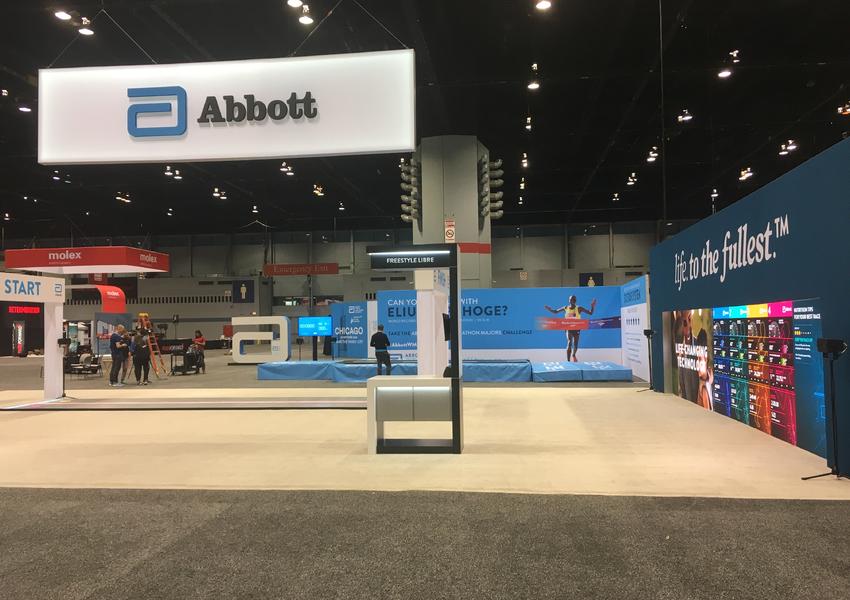 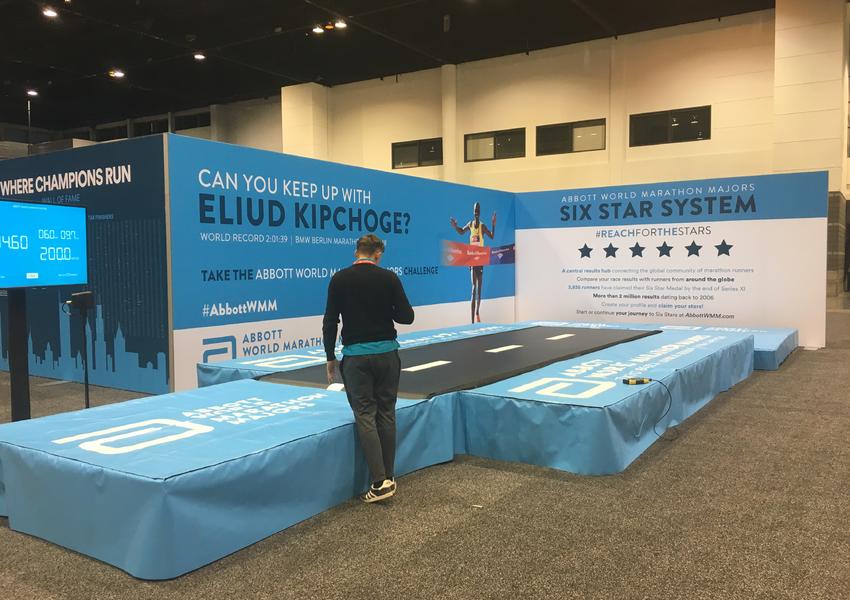 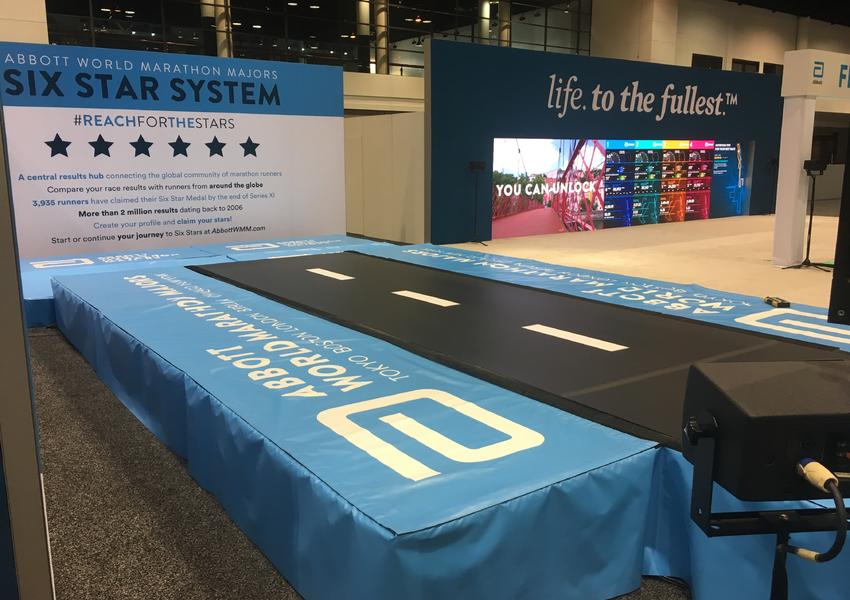 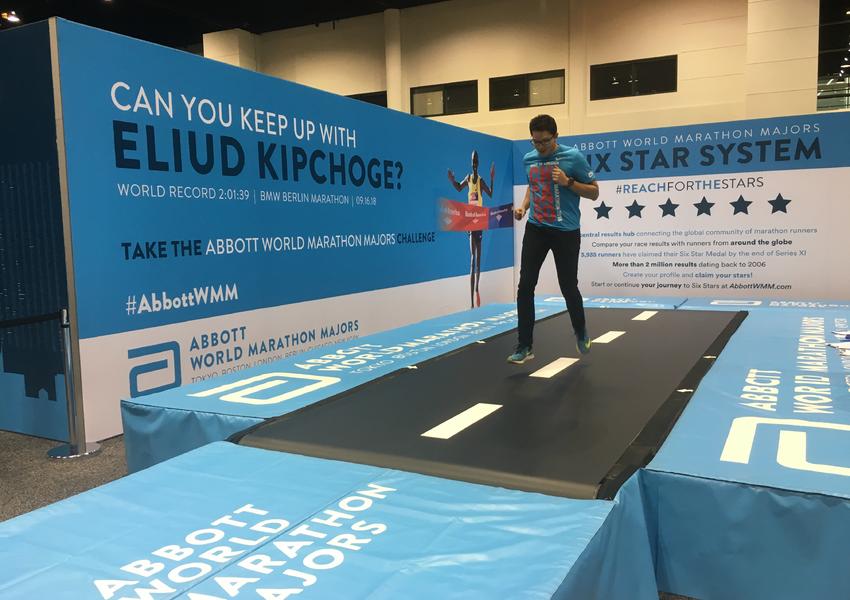 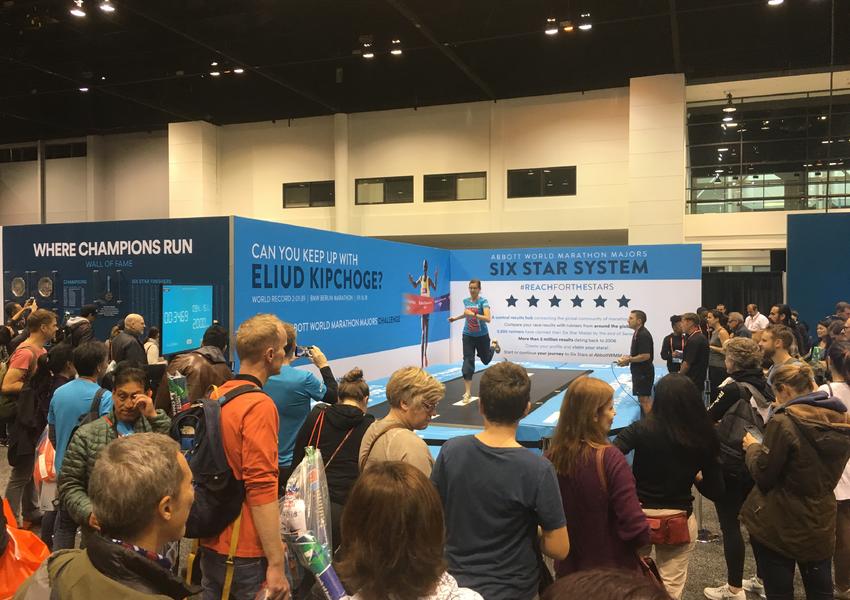 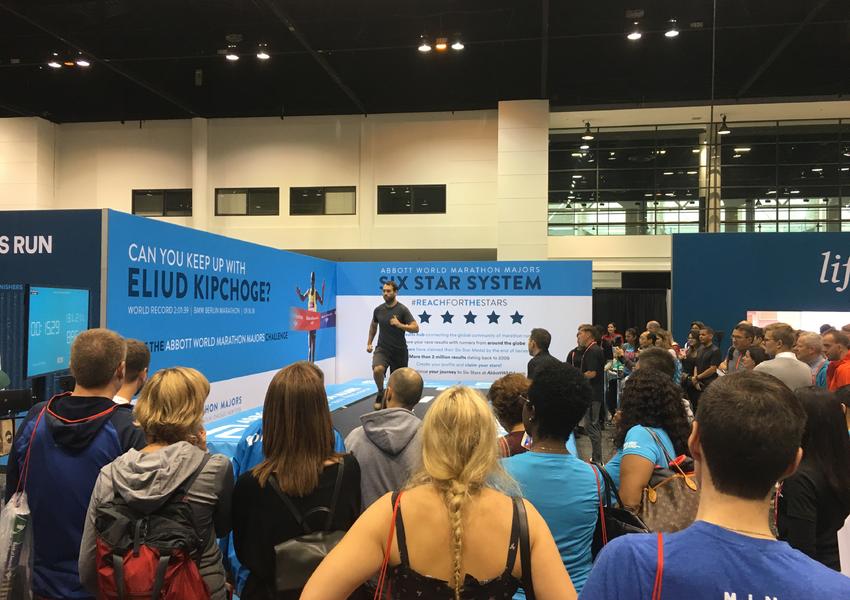 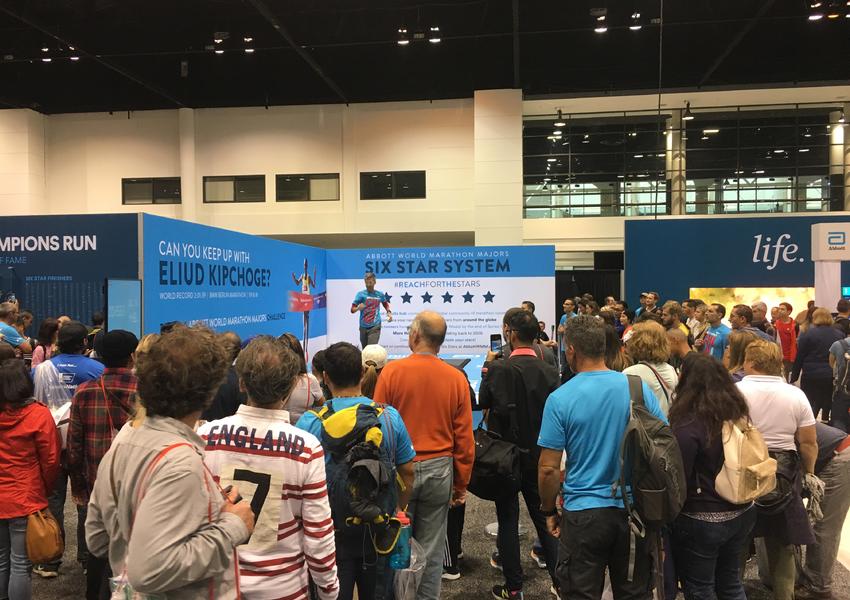 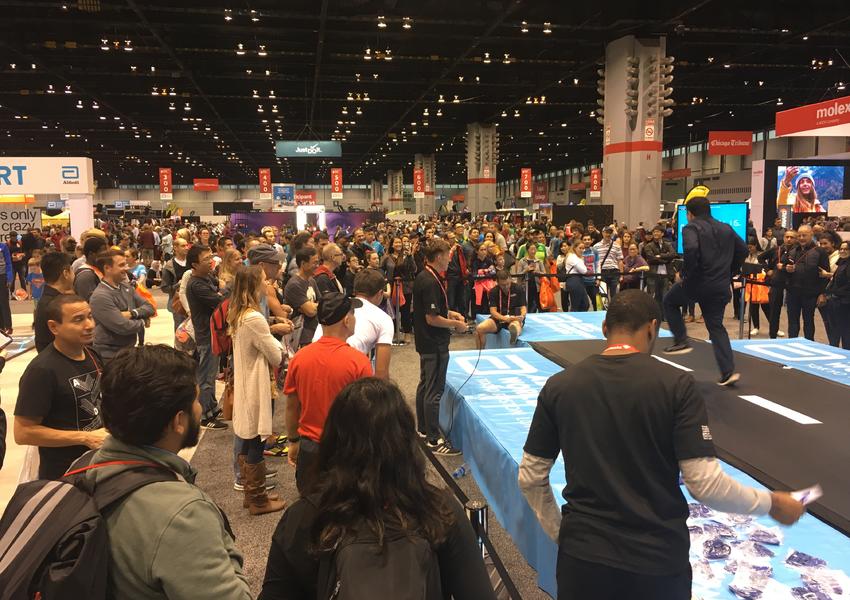 The organizers of these events are united in their effort to advance the sport, raise awareness of its elite athletes, and increase the level of interest in elite racing among running enthusiasts.
Major marathons

The treadmill, known as “the tumbleator,” was designed by Canning Conveyor. Andrew Canning, managing director of the British company, said they had been providing conveyor systems for film and game shows for two decades that incorporated steel into the design. Looking to cut back on injuries for their clients, the Tumbleator® Moving Platform is the latest market leading innovation produced by Canning Conveyor, being the safest, fastest, quietest and most adaptable conveyor designed for the entertainment industry and is now used in several indoor & outdoor events,  obstacle courses and major running events throughout the world.

This was the treadmill’s first trip in the Abbott World Major Marathons across the Atlantic. It had  been at the past two years Abbott London Marathons as well as in London Marathon Vitality  Westminster Mile and Vitality Big Half. Canning Conveyor are looking to have it considered to being used in 2019 Abbott World Major  Expo’s in New York, Boston, Chicago, Berlin and Tokyo.  The Tumbleator is already booked in for 2019’s London’s Abbott World Marathon for the third year, as well as Vitality Westminster Mile and Big Half.