Since its inception, Civic Environmental Systems Ltd (CES) has actively promoted the ciVic® technology to the public and private sectors as a credible alternative to landfill and/or mass burn incineration. During 2001 the company was successful in securing a contract for the design and build of a single tower ciVic® plant to be operated by Premier Waste Management Ltd in County Durham. 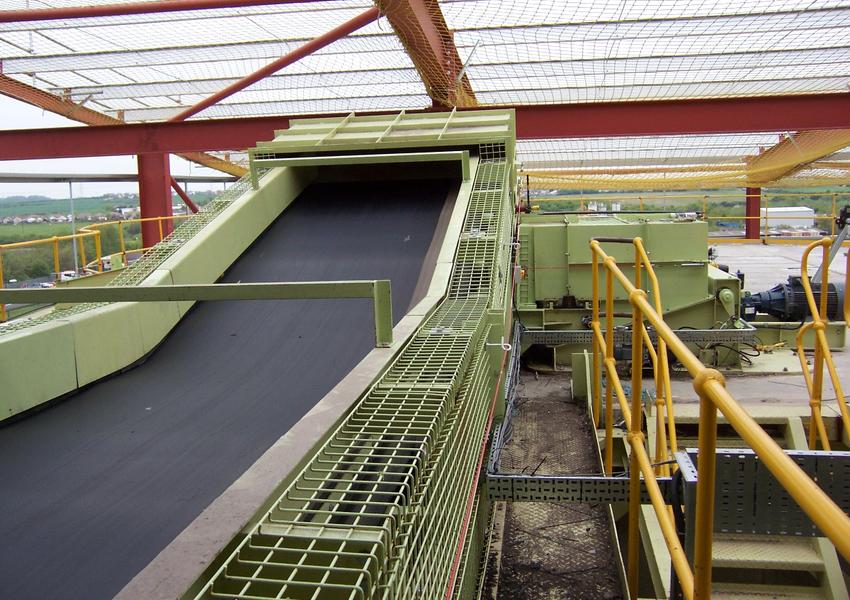 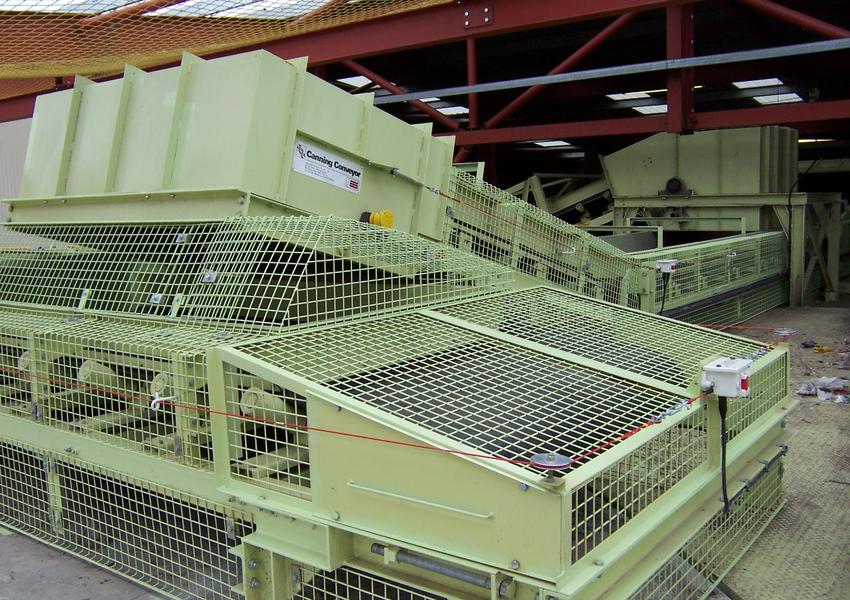 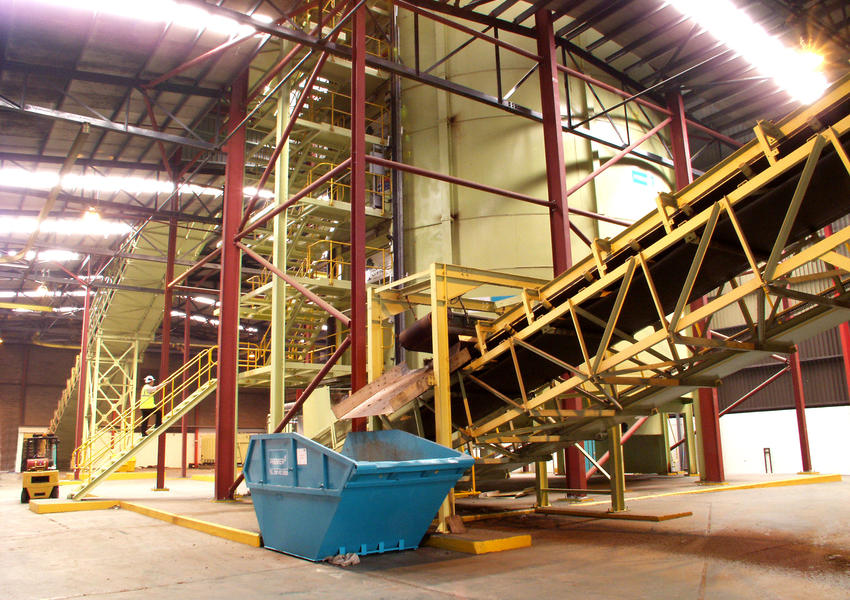 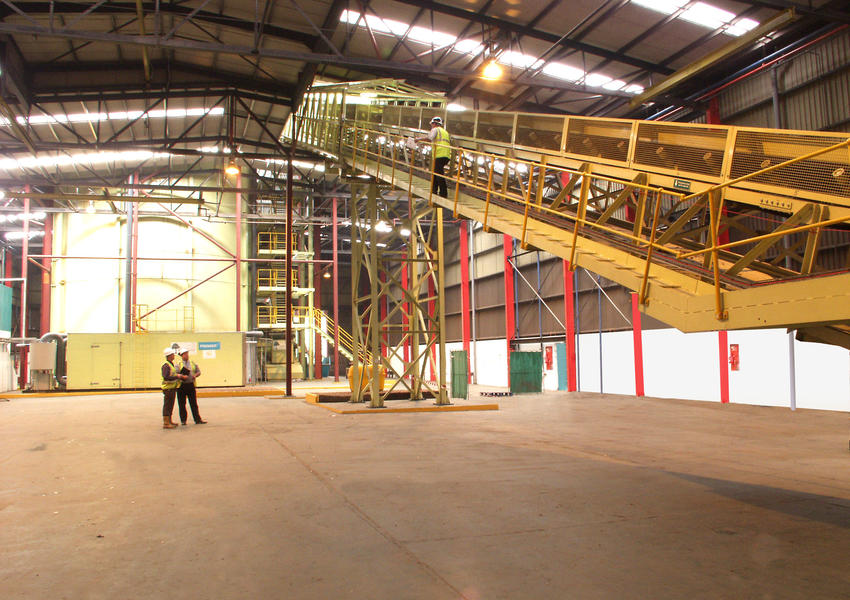 Opened by the Prime Minister in January 2002, the ciVic® Municipal Waste Aerobic Digester based at Thornley was built as a commercial scale development plant.

The project's main aim was to transform household rubbish, that would otherwise go directly to landfill, into useable composted soil improving media and separate out recyclable bi-products such as aluminium, steel, glass and plastics.

Originally funded by County Durham Environmental Trust (CDENT), the research and development iniative, it represented a major response to the government's challenge to increase the allocation of funds to sustainable waste management projects. It was constructed by CES of Sheffield and operated under contract by CDAD by Premier Waste Management Ltd (Premier).

CES is a relatively new company formed as a sister company to the long established Hadee Engineering Company Ltd in Sheffield. The company was formed in order to market the ciVic® patented technology for aerobic digestion of the biodegradable fraction of Municipal Solid Waste developed by Hadee.

Premier is one of the largest independent waste management companies in the UK. Specialising in the safe disposal and recycling of household, commercial and industrial wastes. Additionally, the company works with technological partners in relation to landfill gas collection, extraction and utilisation, environmental monitoring and new waste treatment technologies. Providing a range of state-of-the- art recycling services the company remains at the forefront of waste recycling technology. The development of the unique Aerobic Digester has made Premier a leader in the field of waste recycling and recovery.

Since 2002 the plant has been operating successfully, processing segregated and un-segregated municipal solid waste (MSW) and producing materials. Initially, these materials were analysed and evaluated by Premier in conjunction with Newcastle University and the Environment Agency.

All the initial results proved to be positive and the plant exceeded expectations in terms of efficiency and product quality. This was endorsed when the company received a national award for Innovation and Technology, given by The Composting Association in November 2002. Sheffield Chamber of Commerce and Business Link South Yorkshire also commended the company at their annual awards in November 2002. This was in recognition of the fact that it has successfully established its position in the marketplace through the use of sound business techniques.

From the outset there was always the intention to develop the plant through phases, the throughput of the original pilot plant was licensed at 8000 tonnes/annum being limited by license conditions.

Following the proven reliability and performance of the plant the second phase, which was funded by Premier, was licensed for an increased throughput of 25,000 tonnes/annum. Up to 2005 the plant has cost in excess of £4 million and changed from development status to becoming a total commercial operation in April of that year. As a result of the success of this pilot plant, CES became involved in a number of other projects; two of which were for Premier.

Canning Conveyor Co Ltd who supplied the complete conveyor equipment for the original plant, were also awarded the contract for the supply of the second and third phase conveying equipment by CES. Canning Conveyor were responsible for undertaking the full design, manufacture and installation of the conveyors for the transportation of both shredded raw and digested MSW within the system.

The patented ciVic® process takes raw, unsorted waste from domestic households; it is fed into a low speed, high torque shredder that cuts the waste into small pieces. The second phase of the project includes additional handling facilities and a second digester tower. It is the digester tower that is the most integral and advanced part of the process. The tower works on the process of aerobic digestion and allows full control over each batch of material being processed. The process is fully computer controlled and has a bespoke data acquisition system, which allows full traceability of all material batches processed, thereby giving assurance that the material is fully sanitised and pathogen free.

Within the second phase Canning supplied an inclined gantry feed conveyor which accepts waste directly from the shredder, this conveyor discharges onto a transfer conveyor which delivers the waste stream onto a reversible transfer conveyor and then into the reception hatch of either the first or second digester tower.The discharged material from the bottom of each tower is then fed via auger onto a vibratory feeder and subsequently onto an inclined lattice conveyor which feeds directly into a trommel. After screening, the material is then discharged onto three out loading radial conveyors which discharge into reception trailers.All the conveyors have a capacity of 50 tph and are fitted with standard Canning conveyor parts; the main feed and transfer conveyors were fitted with Cannoflex nitrile conveyor belts.

The third phase of the project included an additional digester tower and supporting feed conveyors which effectively increased the output of the plant by 40%. Canning Conveyor supplied two conveyors - a new reversible conveyor to replace an existing conveyor C2 which included a SuperDrive™ lagged drum at each end. Rated at 1m/sec these are lubricated with synthetic oil. This conveyor is fully skirted and fitted with oil-resistant cross-stabilized belting. Capable of conveying shredded raw unsorted MSW -100mm this conveyor is mounted on an interconnecting walkway bridge between tower T1 and the new tower T3.

Completing the project, Canning Conveyor supplied a full set of skirts and guards which were fitted to the existing floor mounted conveyor to contain the load when a second feed area is introduced. All design, manufacture, installation and commissioning was completed by Canning Conveyor.

Karl Shaw, manager of CES comments: "Canning Conveyor Co Ltd have worked closely with us on this development to provide belt conveying systems which form an integral part of the ciVic® process. The equipment and levels of service supplied by Canning have been to specification and extremely professional. We look forward to working with Canning on future installations."

Since its inception, the award winning ciVic® process for MSW processing and materials recovery developed by Sheffield based CES has recorded a number of significant achievements.